Formas de Tiempo is a series based on the observations of tiling patterns by a 17th-century Dominican priest from Lyon named Sébastien Truchet, also studied later by Dominique Douat in Toulouse. The pattern Truchet studied the most was that of a square tile split by a diagonal line into two triangles, decorated in contrasting colors. By placing these tiles in different orientations with respect to each other, as part of a square tiling, Truchet observed that many different patterns could be formed.

In installations of different scales, the public is invited to position tiles with black and white patterns. Time plays a fundamental role here as the tiles and patterns are in continuous movement throughout the exhibition time. The work only ends when all its possibilities are exhausted, an infinite task on a human scale. 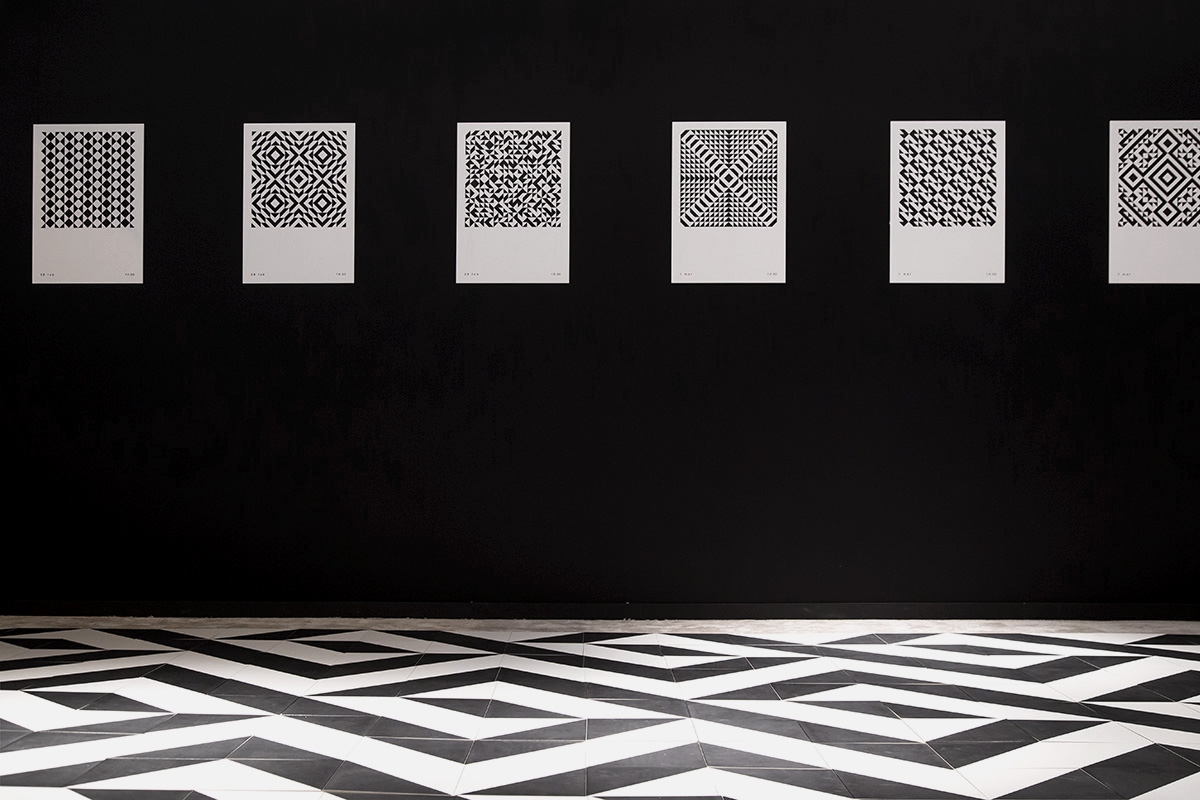 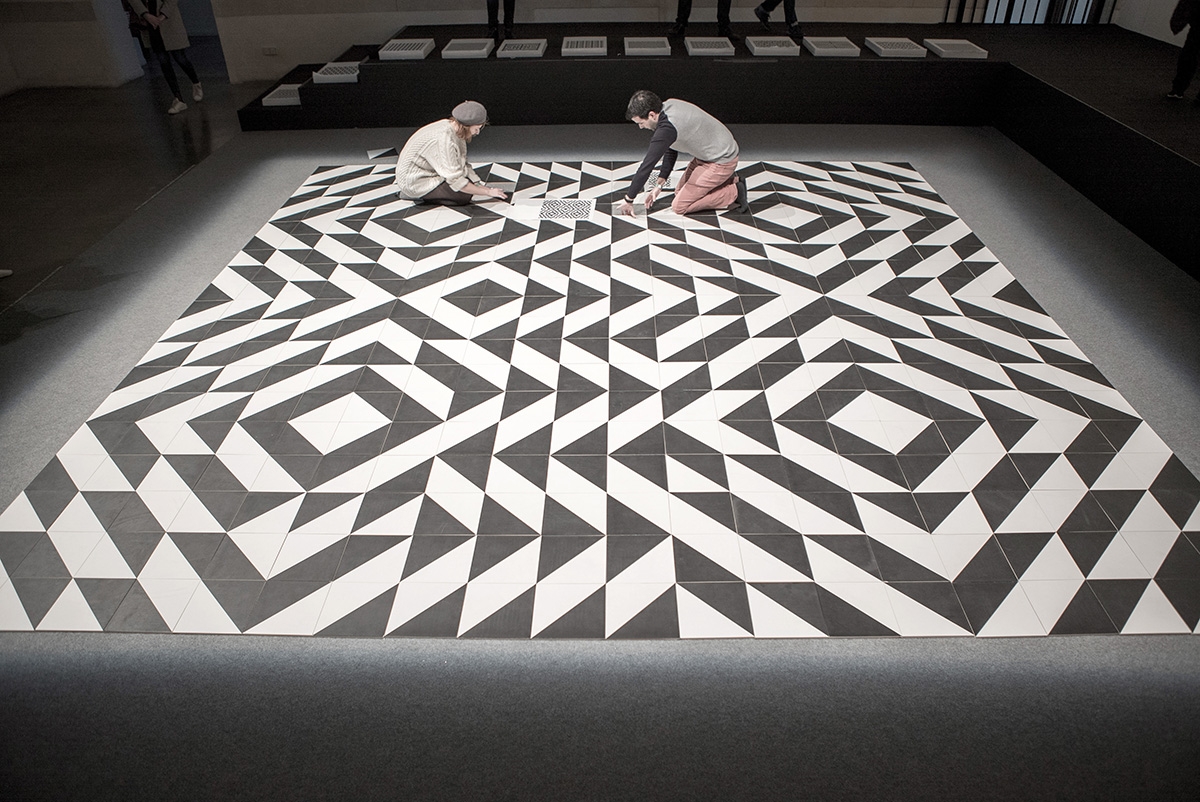 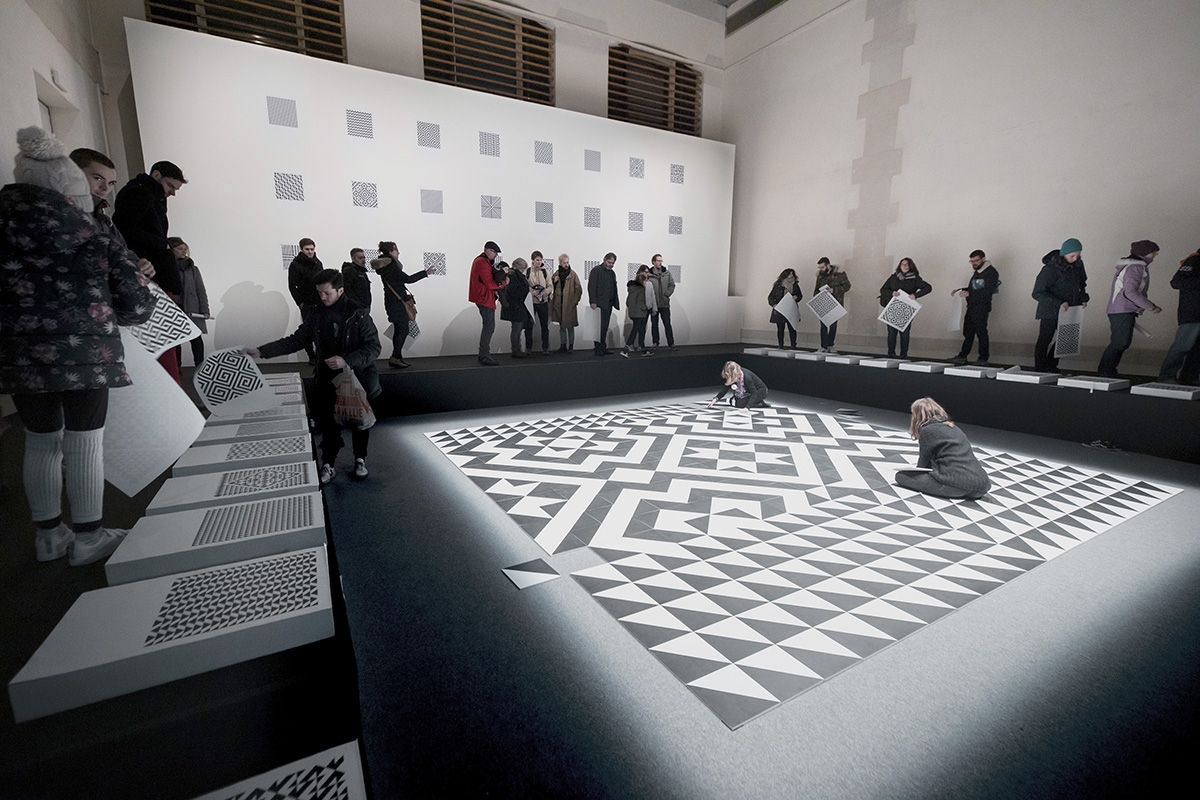