Full-circle bell ringing has its origins in the religious buildings of the 17th century in England. It is a unique way of ringing large bells that generates a characteristic sound pattern.
The desire to ring different sequences in an orderly way developed into a complex system regulated by simple rules. It was referred to as true ringing, the aim being to perform the maximum number of different sequences without repetition.

The practice of change ringing has its own notation system based on a sequence of numbers designating each bell. These sequences of changes are the methods - the manmade algorithms that structure the sound and that are computed live by the humans ringing the bells.

Methods is also the title of this live performance that during four nights, visualises the aural patterns of change ringing and establishes a connection between sound, light and the spatial and cultural context where this practice is rooted.
For Methods, we divided the cathedral into ten segments, one for each bell, and the spatial sections were timely highlighted following the sound of the bells, both in the interior and the exterior of the cathedral.

The project turned Durham cathedral into an audiovisual instrument. Sixty bellringers from all over the country performed live throughout the four nights of the Lumiere festival, projecting on the cathedral a synergy of sound and visual time-based patterns. 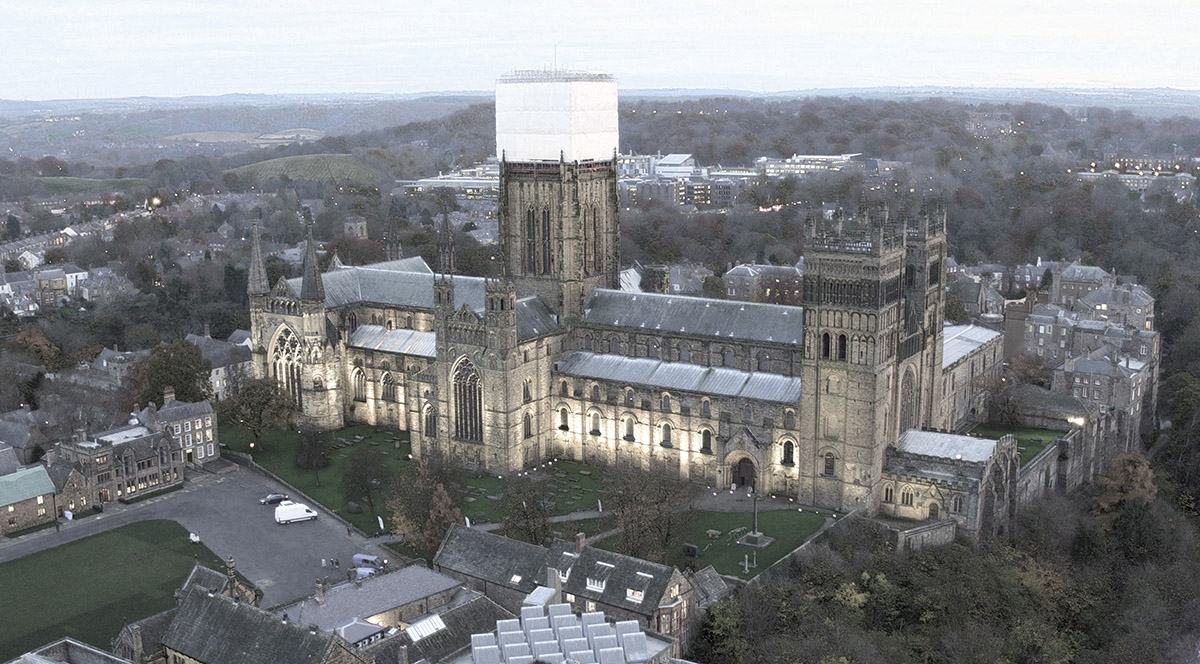 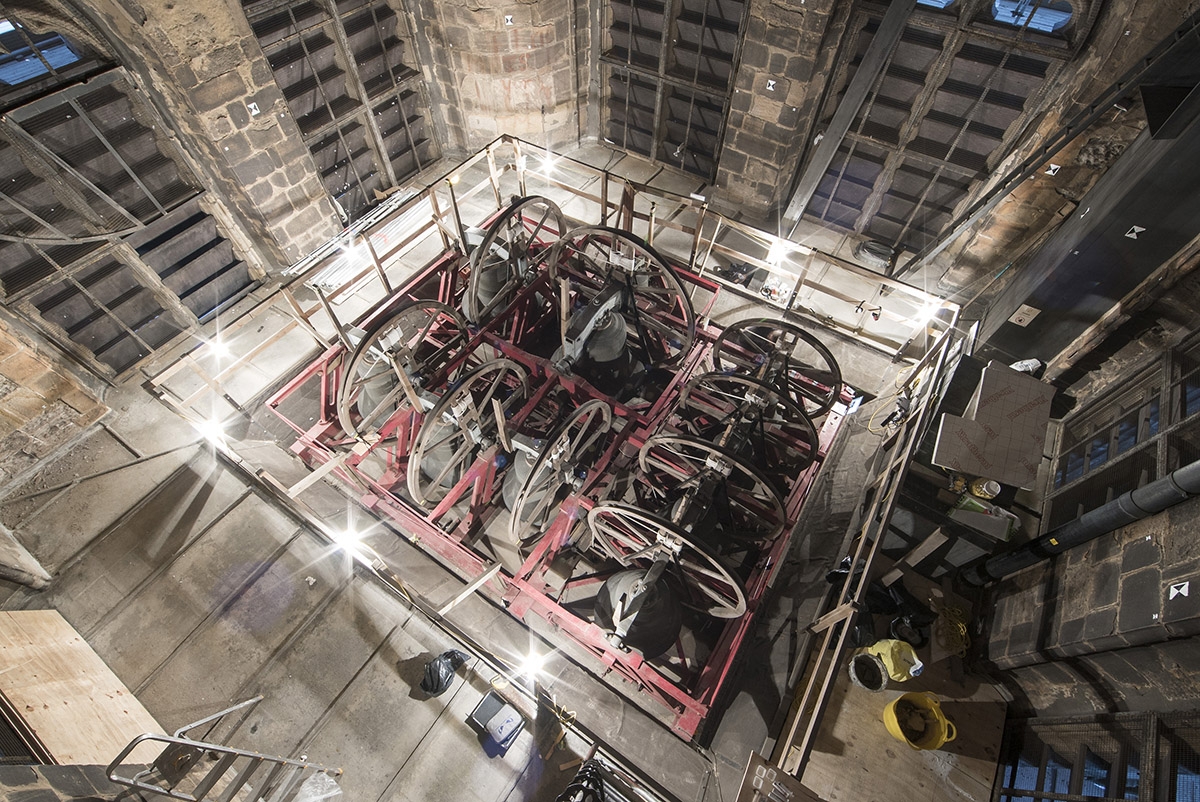 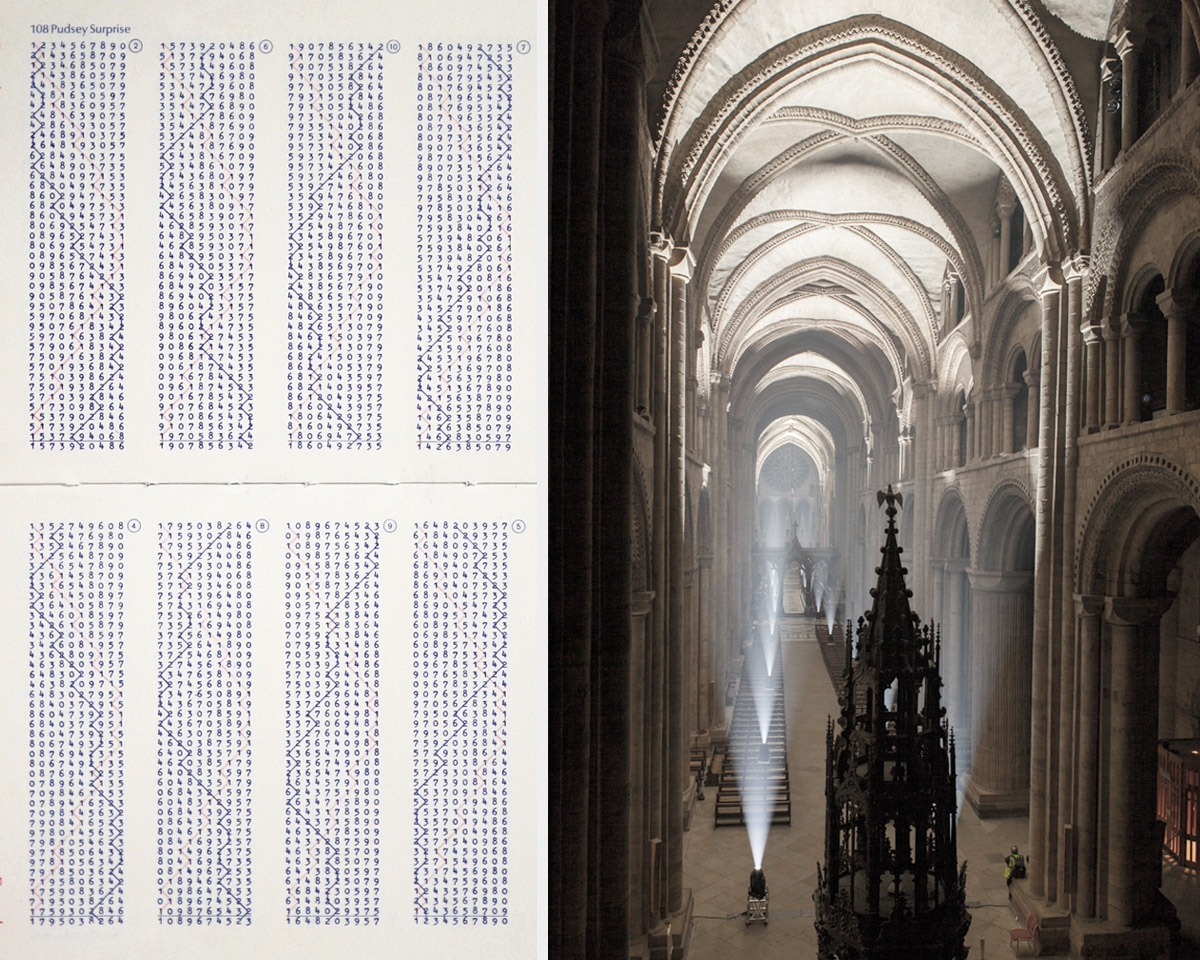