The term "promenade architecturale [architectural walk]" is borrowed from Le Corbusier, a French architect, painter, and theoretician of Swiss origin. According to him, an architecture is comprehended in time, while walking. The movement allows to multiply the points of view and to appreciate all the architectural elements. The distribution of spaces must allow for a continuous, uninterrupted walk. To achieve this, the architect favors the ramp rather than the staircase to connect two floors. By using numerous openings toward the exterior, he also guides the visitor's gaze and gives an important place to natural light.

The Promenade architecturale series invites the viewer to wander. In an old cinema or a military fort, a moving light guides the viewer through the meanders of their corridors and rooms. Moving at the average rhythm of the walk, the light circulates in the architecture and reveals little by little the elements which constitute its particularities. The space is sequenced and transformed by our ever-changing perception. Time thus becomes an inseparable component of space.
This series prefigures Kinematope which adds a sound dimension to the architectural walks and develops research around a spatial cinematographic experience.

works as part of the series: 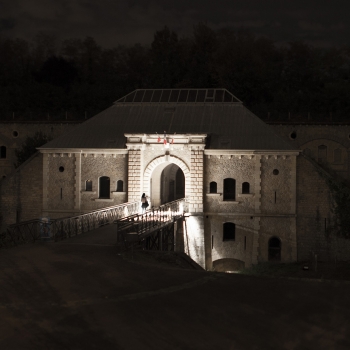 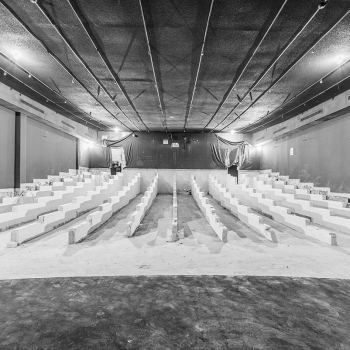